APM Building Materials is now what was the early Arendtsville Planing Mill which began its operation in the early 1900's in Arendtsville, PA. The Planing Mill Manufactured doors and windows and offered some building materials for home and light commercial construction.

After the initial success the mill expanded it's offerings to include products to aid and support an emerging local industry - barrel manufacturing. Being located right in the center of some of the countries largest acreage of apple orchards barrels became a product made to support the growing local commercial apple industry. In addition to barrels they began to produce and sell plow beams, pitman rods, and wagon wheels to support the local farmers. The barrel factory operated until 1935 when new apple packaging appeared.

In 1950, Marshall Longenecker bought Arendtsville Planing Mill. Under Marshall's ownership the mill continued to flourish adding custom made cabinetry to their services. In Marshall's words, "We have made everything from toothpicks to rolling pins, and have served everyone from paupers to presidents."

In 1963 Marshall retired, selling the family business to his son-in-law and daughter, Elson and Jane Grim, who incorporated the business under the name APM, Inc. dba Arendtsville Planing Mill. They continued the tradition of manufacturing quality wood products as well as adding storm window installation to the mix, a brand new invention at the time and one that would prove to be quite popular.

The business was later expanded into a full scale lumberyard for building materials. APM Inc. moved across town to a much larger location when Elson and Jane purchased a True Value Hardware franchise, the first of its kind in this small, rural community.

After graduating college in 1991 Curt Grim, Elson and Jane's only son, joined the family business. Having spent many summers throughout his teen years helping out in different aspects of the company, it was a natural fit. In 1994, Curt Grim purchased APM Inc. from his parents. His dedication to keeping up the family tradition of providing quality goods and services at a fair price continues today.

In 1996 looking to grow the business, APM opened a satellite sales office in the North Hanover Mall called APM Direct. It was a huge disappointment with little sales. The idea of selling products online was however born while at the sales office. The website cabinetstore.com was created to sell kitchen and bath cabinets online and we made our first sale in less than 1 month after the site went live.

In 1998 with the advent of cabinetstore.com, the APM Direct sales office was closed and APM moved the online business back to Arendtsville. More sites were soon added online which included shutterstore.com, skylightstore.com, mantelstore.com, columnstore.com, railingstore.com

In 2002 it became increasingly difficult to manage all of the different websites, so all of the individual websites were merged into one called apmdirect.com. Within a few years the name was changed to accentbuildingproducts.com to reflect more of what was being sold.

In 2005 the idea of selling building kits online was born with apmbuildings.com. Leads came in from our online presence, our trading area was 225 miles. The kit consisted of the plans, all the building materials including metal, roof trusses, posts, screws etc. We also included a free tarp to make sure the materials would be protected from the weather during construction.

In 2008 with the increased demand of building packages, APM began manufacturing products for the pole building industry. Our first product was Tuff-Post, which is a glue-nail laminated post.

In 2009 APM began manufacturing roof trusses up to 80’ clear span.

In 2013 APM began manufacturing roof and siding metal known as Endura Metal at a satellite facility in Biglerville, PA.

Today, APM is still dedicated to keeping up the family tradition of providing quality goods and services at a fair price. We operate as APM Building Materials (the original business that is comprised of building materials, manufacturing and a True Value Hardware Store; APM Buildings (supplier of Pole Barn and Garage building materials operating within a 300 mile radius of Arendtsville, PA); and Accent Building Products (an e-commerce website serving the 48 continental United States with products used to accent your home).

Our Past & Present Owners 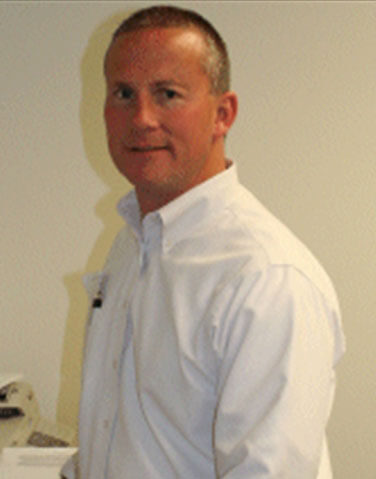